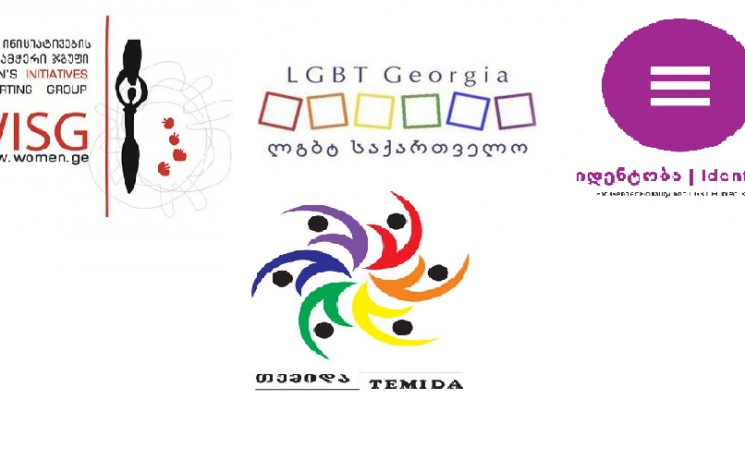 Statement of Georgian LGBT Organizations Regarding the Constitutional Bid on Same-Sex Marriage
https://lesbi.ge/s/5kd/
2394

On January 27, 2016 it became known (via digital news platform ambebi.ge), that citizen Giorgi Tatishvili applied to the Constitutional Court of Georgia with a bid to deem the norm in the Civil Code of Georgia, which defines marriage as a union between a man and a woman, unconstitutional. As Mr. Tatishvili states in the interview:

Due to the sensitive nature of this issue and the extent of possible harm that LGBT community may suffer because of this, we would like to inform wider society about the joint position of LGBT organizations working in Georgia:

1. LGBT persons living in Georgia face persecution and discrimination in all spheres of their lives. Many of them (including minors) end up on the streets, rejected by their own parents and family. Due to the fact that LGBT persons are often denied employment, they face difficulties in finding adequate sources of income. LGBT persons often face physical, psychological and verbal violence and persecution in public spaces: they are beaten, threatened, insulted, mocked and isolated. Given these circumstances, the issue of marriage equality for majority of LGBT persons living in Georgia does not represent a number one priority and this issue has not yet come up in the agenda of the organizations working with LGBT community.

2. Due to the abovementioned violent environment, majority of LGBT persons living in Georgia are forced to hide their sexual orientation and gender identity. In order to avoid violence and discrimination, in most cases, LGBT persons try to keep their relationships secret and away from public scrutiny, in order to diminish risks of violence and discrimination. Marriage, by default, increases visibility of one’s identity and one’s relationship. Given this, in the current environment, many people inside LGBT community would probably restrain from accessing the right to marry, if marriage equality, is achieved.

3. Giorgi Tatishvili’s never consulted the community concerning his initiative which is why, the present Constitutional bid cannot be considered as stemming from the community and its interests. This is Mr. Giorgi Tatishvili’s individual initiative. Unfortunately it is known to Mr. Tatishvili, that due to the high level of homophobia and transphobia in the society,  the bid for same sex marriage will be followed by societal backlash and the possibility of actually achieving marriage equality is not likely at all.

We, organizations working with LGBT community in Georgia, are distancing ourselves from Giorgi Tatishvili and his initiative. We would like to express our reasonable suspicion that Giorgi Tatishvili’s Constitutional bid for same sex marriage aims at harming, rather than bringing benefit to LGBT community. Taking into consideration Mr. Tatishvili’s previous harmful and provocative actions in relation to LGBT issues, we suspect that he may be connected to specific power groups which might use him and his initiative for political speculations and to create conflict and tension. We suspect that there are pro-Russian and religious groups behind Mr. Tatishvili’s initiative and that their aim is to enhance hostility  towards LGBT persons living in Georgia.

Another factor that constitutes a solid basis for the suspicion expressed above is the statement made by Georgian Orthodox Church 2 days ago, calling on the Ministry of Internal Affairs to ensure safety of Mr. Tatishvili. Georgian Orthodox church has never made similar supportive statements about other members of LGBT community and on the contrary, has always been the instigator of hatred and violence towards LGBT persons in Georgian society. Thus, our reasonable suspicion is that the Church itself might be behind this Constitutional bid. We believe that it is in Georgian Orthodox Church’s interest to artificially make the public enemy out of LGBT community, in order to continue manipulating society and increasing and maintaining its power, influence and significant financial income.

We call on the society not to assume that the Constitutional bid on same sex marriage stems from the LGBT community, or that Mr. Giorgi Tatishvili should in any way be identified with the community and its interests.

In addition, we would like to ask media outlets to stop identifying Giorgi Tatishvili as LGBT rights defender, since he has never formally or informally engaged in protecting the rights of any group, including LGBT persons.